Random Reports is a series of poetry chapbooks written by Barbara Henry from vocabulary lists taken, by choice and by chance, from the first section of The New York Times. Random Reports 1-3 (2006-2008) are uniform in format at 6 by 10 inches. The poems are set in ATF's Wayside type, cast by The Dale Guild. Random Reports 4 Extra (2009) features digitally-printed photographs by James Landry. Cries (2013), illustrated with linoleum cuts, is the fifth in the series. Related projects are Noise/Type Speaks (2011), printed during a Residency at the Oregon College of Art and Craft and Now (2013). Editions range from 50-65. Further information and prices available on request. 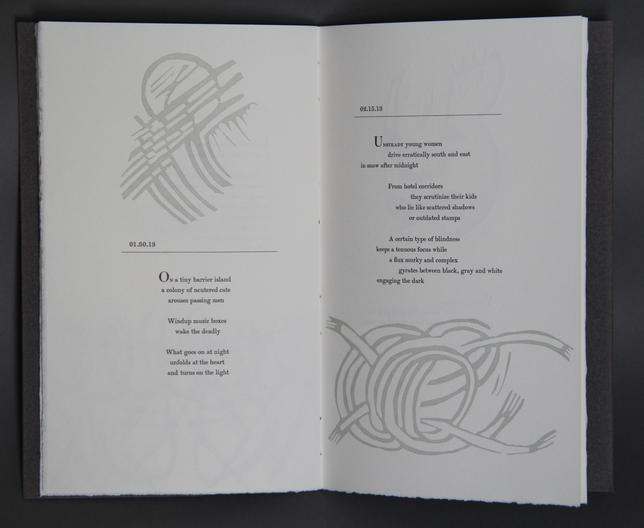 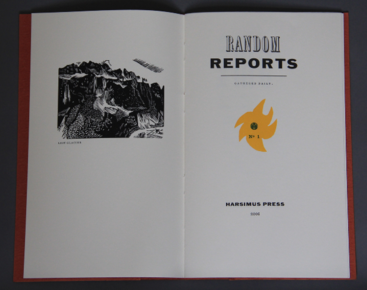 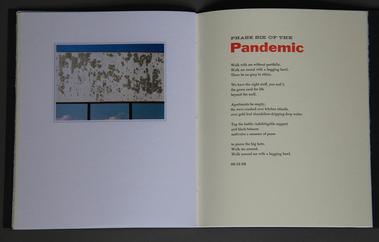